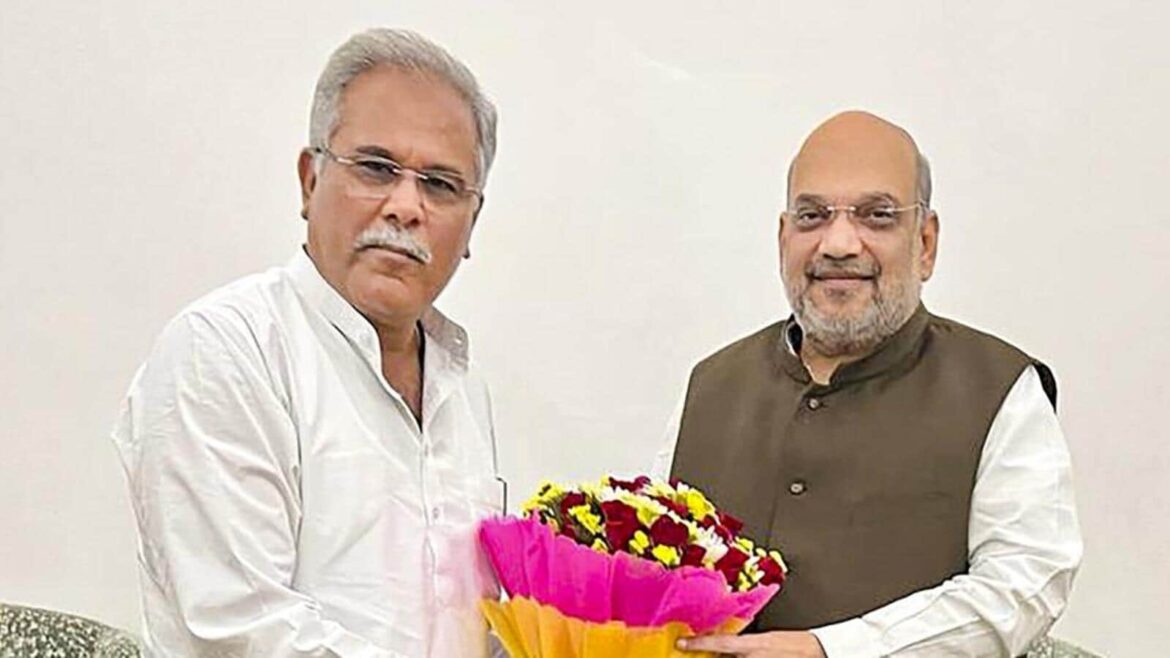 RAIPUR: Chhattisgarh chief minister Bhupesh Baghel met union home minister Amit Shah in New Delhi on Wednesday and discussed the impact of Goods and Services Tax (GST) on the resources of the state and also urged to resume the special assistance package granted to seven Maoist-affected districts, officials familiar with the matter said

Baghel also discussed the issues related to the development of Maoist- affected districts such as expansion of road network, livelihood development, development of banks and infrastructure etc.

₹33 crore was given to each of the seven Maoist-affected districts every year under the Special Central Assistance (SCA) scheme of the union government.

Baghel said that iron ore is available in abundance in Bastar region and if iron ore is made available at 30 percent discount to the steel plants to be set up in Bastar, then investment of hundreds of crores and thousands of direct and indirect employment opportunities will be created there, according to the statement issued by the public relations department.

“Due to difficult geographical areas, grid electricity is yet to reach in large part. The fulfillment of the energy requirement of the common man and their economic development is possible only by the installation of a large number of solar power plants,” Baghel said.

The chief minister also urged for grants to build cold storage units for the processing and sale of minor forest produce, forest medicines and various types of horticulture crops in the forest areas, officials added.