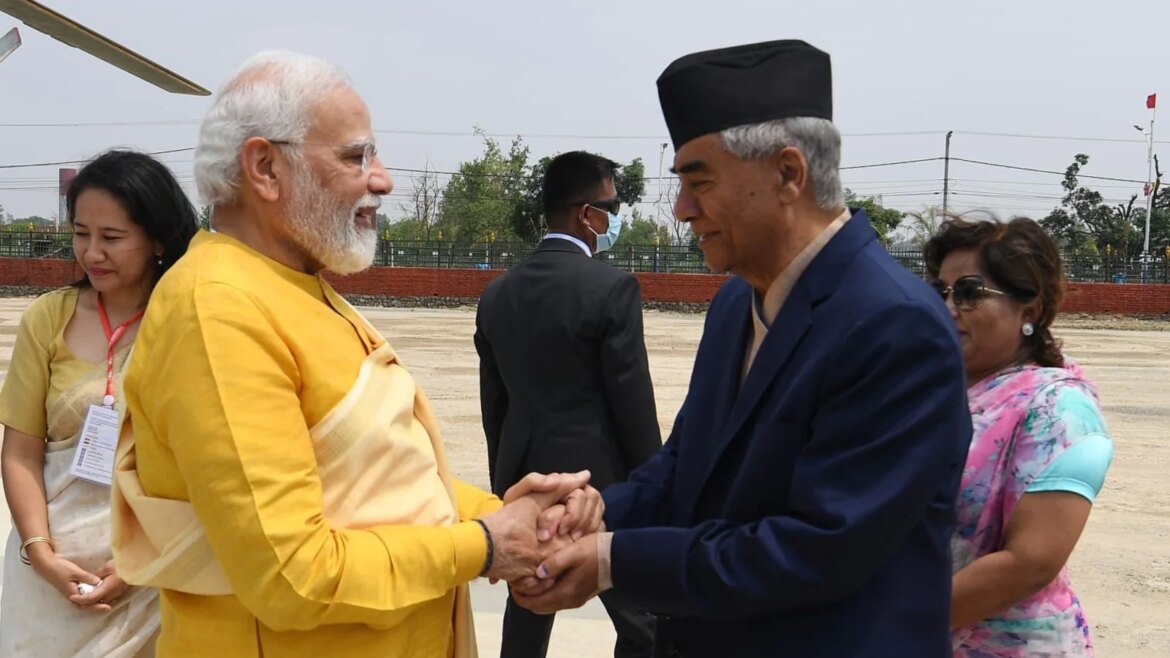 Seven months after he put Kushinagar, the place where Gautam Buddha attained Nirvana, on the international airport map, Prime Minister Narendra Modi reached Prince Siddhartha’s birthplace Lumbini in Nepal to showcase the shared Buddhist heritage of the Indian sub-continent. PM Modi inaugurated the Kushinagar airport on Abhidhamma Day (when Lord returned to earth from heaven after three months) and will be in Lumbini on thrice auspicious Buddha Purnima Day.

Despite Buddhism being a religion practised by more than seven per cent of the global population and spread all over South, East and North Asia including Japan, China and Korea, India before PM Modi has not been able to leverage the true inheritor legacy of Lord Buddha. Prince Siddhartha became Buddha after enlightenment in Bodh Gaya in Bihar, he gave his first sermon in Sarnath near Varanasi, attained nirvana in Kushinagar and was buried in Piprahwa in Uttar Pradesh. The Nalanda University to propagate Buddhism is in Bihar.

Fact is that 91 per cent of Tibet under China is Buddhist with all the four major Tibetan schools represented by mirror monasteries in India after the Communist PLA occupied Tibet in 1950. The 14th Dalai Lama, head of the Gelukpa School, has a seat in Dharamshala and one of the chief claimants to the throne of 17th Karmapa or Kagyu School was in India till 2017 and is now a citizen of Dominica. The oldest Nyingma and Sakya schools also have their major monasteries on the Himalayan belt in India, yet India has always been shy on playing its true role in the Buddhist world lest it aggravates border tensions with China.

Not so long ago at a meeting of the informal yet high power China Study Group, one of the participants argued for India using the Tibet-Dalai Lama card against China to counter Beijing’s using the Kashmir card against India. A China expert at the meeting bluntly countered the argument by saying that there was no point in flogging a dead horse, indicating that Tibet or Dalai Lama or Tibetan Buddhism by extrapolation, as a card had no utility. The fear of not earning the wrath of China by show-casing Buddhism, particularly that practised in Tibet, still runs in South Block despite PM Modi all for claiming Buddhist heritage.

It was during PM Modi’s first term itself that the then Joint Secretary, PMO and now Foreign Secretary Vinay Kwatra was tasked to locate all the relics of Buddha in India and create an inventory so that India could showcase more than 2566 years of Buddhist heritage.

It was not only the fear of Communist China but also the secular nature of Indian polity and the gross infrastructure neglect of eastern UP and Bihar in the past decades that kept India’s Buddhist legacy out of focus. Even today, Bodh Gaya gets hordes of international tourists for Mahabodhi temple, but the city is just not catered to handle high-end tourists due to congested roads and limited air connectivity. Sarnath has developed into major tourist destination and is now followed by Kushinagar.

When PM Modi prays at the Maya Devi temple in Lumbini this afternoon along with PM Deuba, he will not only be showcasing Lumbini but also the Buddha power of India and Nepal with global followers of Buddha watching the event.