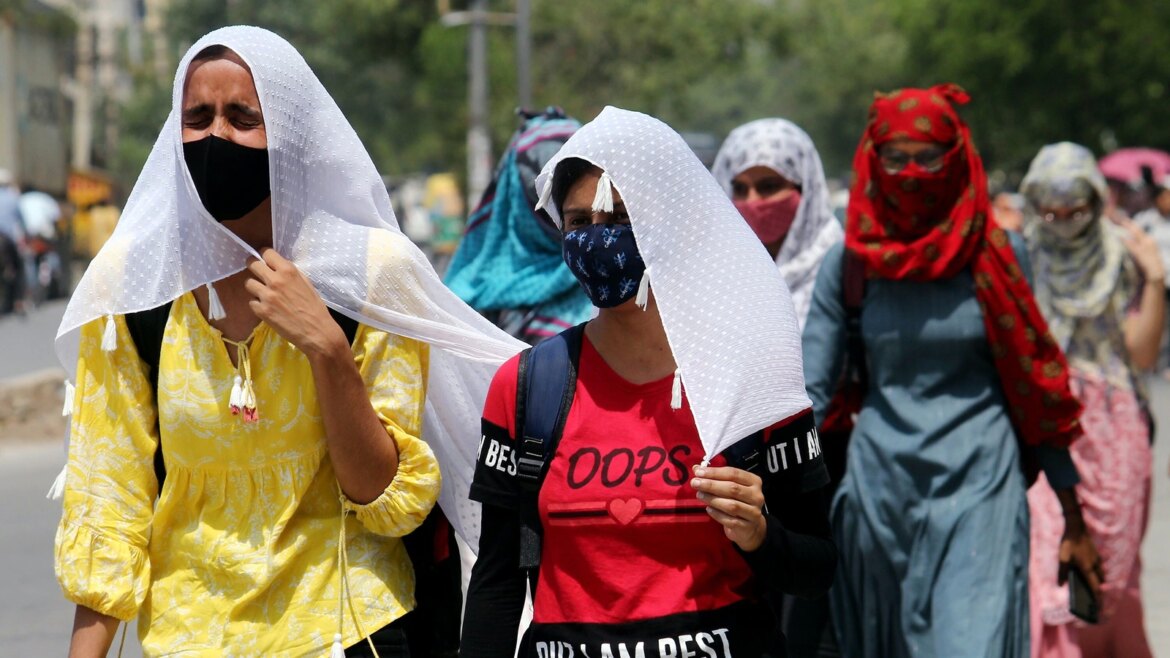 As the mercury continues to rise across the country, Gurugram on Thursday recorded the highest temperature of more than 45 degree Celsius for the first time in April. According to the Indian Meteorological Department (IMD), the Haryana city, neighbouring Delhi, recorded a temperature of 45.6 degree Celsius.

Amid the ongoing spell of heatwave, the IMD also issued an orange alert for five states of northwestern India – Rajasthan, Delhi, Haryana, Uttar Pradesh and Odisha.

The weather department also warned of a heatwave for parts of north and central India for the next five days. A similar warning was issued for east India for the next three days. Along with this, the IMD has also forecast duststorms over Punjab, Haryana, Delhi, parts of Uttar Pradesh, and Rajasthan.

While an ‘orange’ alert has been issued for western Rajasthan, a ‘yellow’ alert has been imposed in several other parts of north and northeast India. IMD’s ‘yellow alert’ suggests vigilance and the ‘orange alert’ means that the residents must be prepared.

According to the weather department, northwest India has recorded the hottest March in 122 years.

Also read: IMD alert: These 14 states, UTs may see heatwave, duststorm till May 2

With an orange alert being issued for five states, the Met department has issued a health warning and advisory for vulnerable people in the country. “The vulnerable people – including children, the elderly, and people with chronic diseases should avoid heat exposure, wear lightweight, light-coloured, loose, cotton clothes and cover their head with a cloth, hat or umbrella,” said the met department.