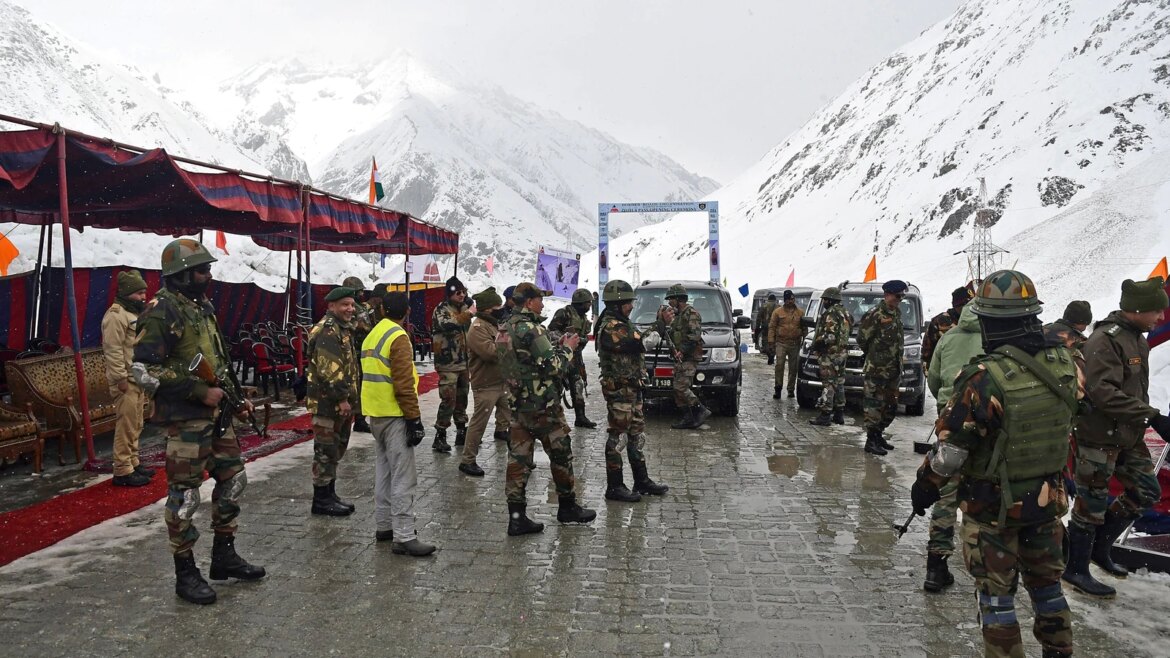 The Indian Army is beginning to feel the strain of a manpower crunch stemming from a lingering two-year freeze on recruitment because of Covid restrictions even though the shortage, which is mounting every month, has not blunted the army’s operational readiness at this juncture and units are performing optimally, people familiar with matter said on Friday.

The army is currently short of around 120,000 soldiers in the personnel below officer rank (PBOR) cadre, with the deficiency growing at the rate of at least 5,000 men every month, HT learns. It has an authorised strength of 1.2 million soldiers.

“The strain on manpower has increased because of the recruitment freeze but efficiency of front-line units has not dropped. The focus is on manpower planning so that we can make do with the existing numbers,” said a senior officer posted in a forward area, who asked not to be named.

The freeze on recruitment has not been rolled back by the government despite the Covid situation stabilising and normalcy returning in several areas — India has resumed international flights after two years, schools have reopened, and shopping malls and cinema halls are back in business, but not the army recruitment drives.

“There’s no doubt that the army is facing manpower shortage at the unit level. While recruitment has been on hold, the operational and training commitments of front-line units remain unchanged. You are performing the same tasks with fewer men. But with adequate planning, it’s not hard to ensure that the combat punch is not weakened,” said a retired lieutenant general who headed the army’s recruitment wing, asking not to be identified.

The army used to conduct up to 100 recruitment rallies, on average, every year in the pre-Covid era, with each covering six to eight districts, defence minister Rajnath Singh told Rajya Sabha last month while responding to a question on the subject. Before Covid struck, the army recruited 80,572 candidates in 2019-20 and 53,431 candidates in 2018-19. To be sure, the pandemic has not affected the officer intake in the army.

Asked to comment on the manpower shortage, an army spokesperson said recruitment would restart after the Covid situation stabilises.

“When there is a manpower shortage of this nature, its impact is felt across the board irrespective of whether a unit has an operational role or not. It affects the operational efficiency of a unit. The way forward is to increase vacancies and restart recruitment at the earliest,” said former Northern Army commander Lieutenant General DS Hooda (retd).

Some senior officials HT spoke to said while the manpower crunch was a cause for concern and needed to be swiftly addressed, it was also an opportunity for the army to become more efficient by optimal utilisation of the existing numbers and advancements in military technologies. “There has been a great deal of technology infusion in the army in the recent years, be it surveillance, sighting systems, weapons and sensors. Fewer men are capable of carrying out the same operational tasks now. Several military reforms are underway to improve the army’s tooth-to-tail ratio. The future army will be lean and mean. But till the time we get there, the numbers have to be maintained,” said a second official, who also asked not to be named.

The tooth-to-tail ratio means the number of personnel (tail) required to support a combat soldier (tooth). In 2008, the army said it was looking at cutting more than 150,000 troops over the following five years under an overarching cadre review to sharpen the force’s effectiveness and prepare it for future wars.

In the current context, even if the army were to restart the recruitment process today, it will take two to three years to churn out a front-line soldier, said a third official, who also did not want to be named. “It takes nine months of training and another two years of on-the-job training to produce a front-line soldier. So, delaying recruitment further doesn’t make sense,” he added.

Candidates must be between 17-and-a-half and 21 years of age to get recruited as general duty soldiers in the army. The rare freeze on recruitment has dashed the hopes of an entire generation of young men across the country for whom army was the only career option, as previously reported by HT.

Lakhs of army aspirants across the country have demanded that recruitment be restarted at the earliest and age eligibility be relaxed by at least two years to accommodate those who have become overage because of the hold on recruitment.

Mysterious liver illness among kids in US, Europe: Symptoms, severity