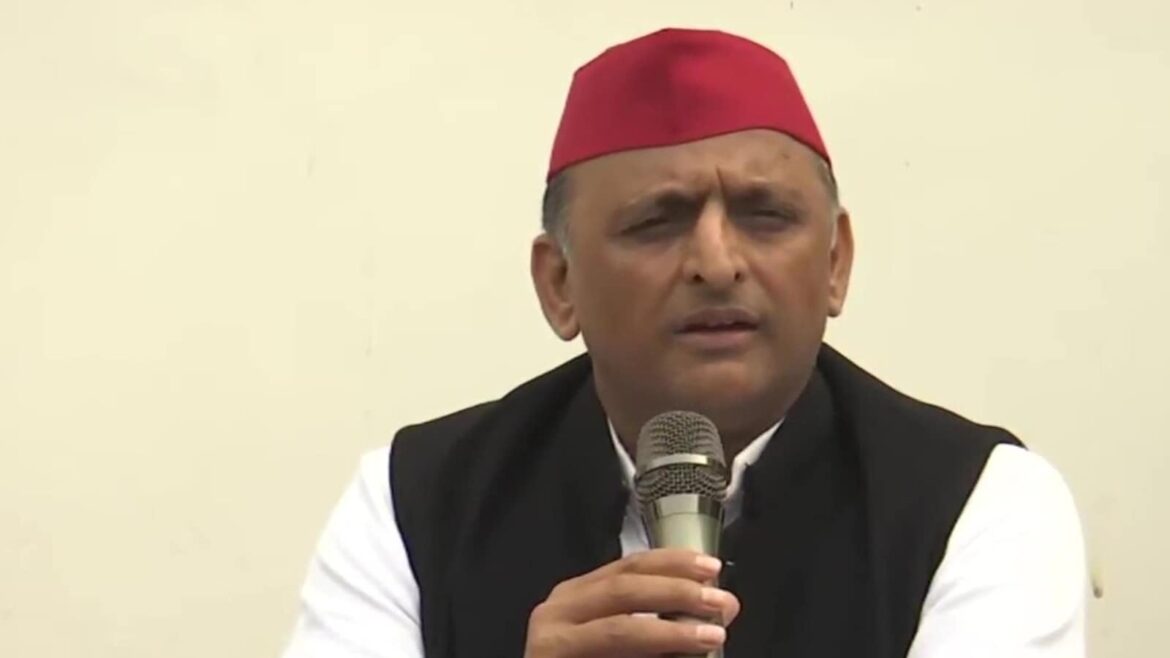 Former Uttar Pradesh chief minister Akhilesh Yadav, along with wife and Samajwadi Party’s Mainpuri candidate Dimple Yadav, arrived in hometurf of Saifi on Monday to cast their votes for the high-octane Lok Sabha seat by-poll, previously held by his father Mulayam Singh Yadav. After casting his vote, Akhilesh Yadav also held a media briefing where he alleged electoral malpractices and said the administration was working at the behest of the ruling party.

Also Read | Uttar Pradesh bypolls: Rampur Sadar to vote for sixth time in as many years

The Samajwadi Party president slammed the Yogi Adityanath government and said the police had been briefed not to allow SP workers to vote in Mainpuri, Rampur constituencies. “Police had been deployed to stop party supporters from coming to our meeting…Central forces have been deployed but are being guided by local police,” said Yadav as he alleged the UP police “is biased and misleading central forces”.

He further took a potshot at the Bharatiya Janata Party candidate Raghuraj Singh Shakya and said the party hired an SP candidate as they had no one in Mainpuri. “We will win in Mainpuri because Netaji worked for Mainpuri,” he said, instilling confidence in retaining the Yadav family’s stronghold seat from where his wife is contesting.