‘All temples demolished by Mughals should be reclaimed legally’ 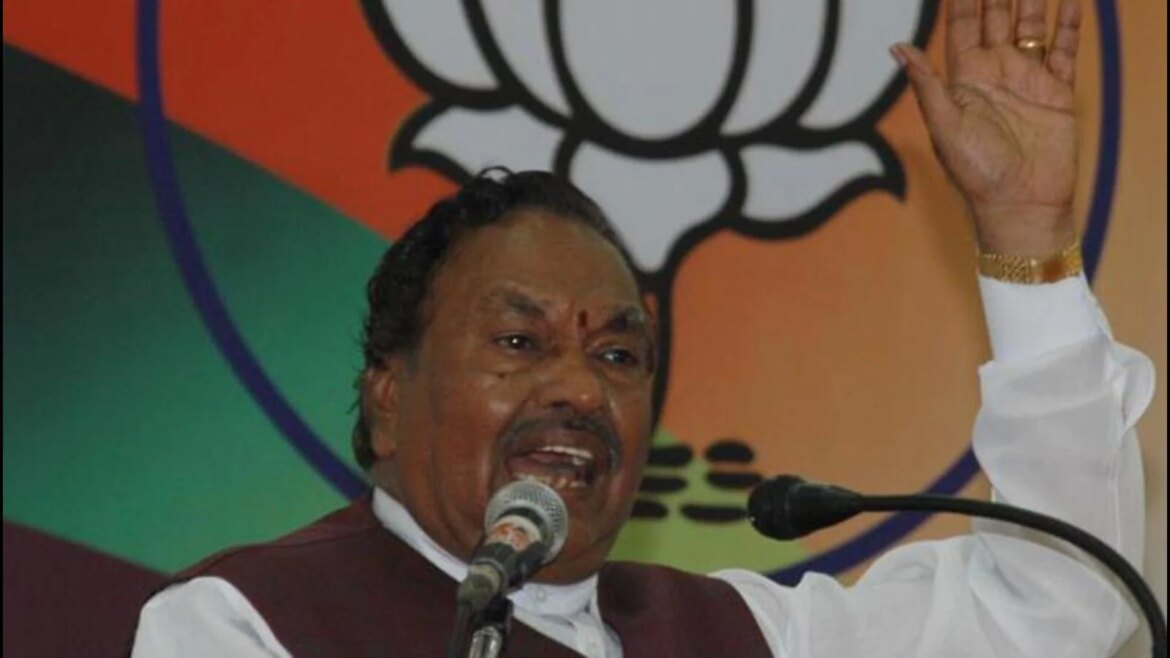 Former minister for rural development and panchayat raj (RDPR) and senior Bharatiya Janata Party (BJP) leader, KS Eshwarappa, on Sunday said that all the 36,000 temples demolished by Mughals should be reclaimed ‘legally’.

“In this country, 36,000 temples have been demolished by the Mughals from those times itself. Everyday news is coming out. Through the courts, without a fight or struggle, on the basis of the verdict we will reclaim these temples (sic),” Eshwarappa said.

The former state minister’s statements come at a time when there has been growing clamour by right-wing groups who have been demanding survey of several mosques to find traces of Hindu temples, if any.There have been similar calls from other parts of the country.

Days after a court in Uttar Pradesh’s Varanasi ordered the a survey at Gyanvapi mosque to continue amid objections over videography inside the complex, tight security was seen as officials began the court-mandated task on Saturday. The mosque is located next to the iconic Kashi Vishwanath temple.

The court had ordered a survey in April after five women filed a petition, seeking permission for daily worship at the Shringar Gauri temple, on the west side of the mosque, HT had reported. On Thursday, the special court had stated that the survey should be completed by May 17.

In another development, an outfit, Narendra Modi Vichara Manch, in Karnataka’s Mandya district, on Sunday met the district administration officials and demanded that Hindus be allowed to offer prayers in the Moodalu Baagilu Hanuman temple which has since become Jama Masjid.

Manjunath, who identified himself as the general secretary (Karnataka) of the Narendra Modi Vichara Manch on Sunday said that there were traces in the mosque proving it was a temple earlier.

“In Srirangapatna, Moodlu Bagilu Hanuman temple was demolished, and over it a Jama Masjid was built. There are Gopuras around it and even statues. They (district administration) should conduct a survey of this mosque the same way as it is happening in UP,” Manjunath said.

Sri Rama Sene chief Pramod Muthalik said that there is ample evidence supporting the facet that this was a temple which was demolished to construct a mosque.

“In front of this temple itself, there is a board from the archaeological department that there can be no alterations or demolitions on any part of the structure. But they (Muslims) have gone against it and have built a madarasa there, put up mic sets and even do namaz there. All of this is encroached and they should be removed,” Muthalik said.

Supporting the argument, Eshwarappa said there was evidence that a temple was demolished and called for it to be reclaimed.

With months left for the elections, the Basavaraj Bommai-led BJP is eyeing a bigger piece of this region (Old Mysuru) to help it return to power with majority in 2023.

This is as big as it gets in Indian sport: Pullela Gopichand