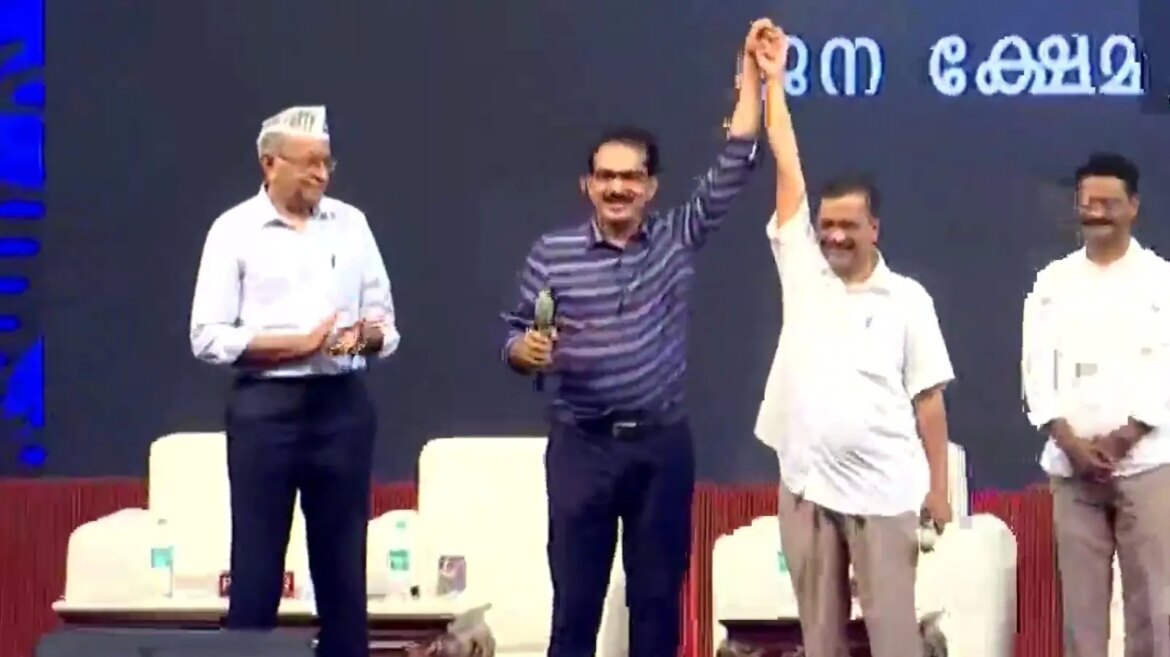 Kejriwal on Sunday highlighted the journey of the party over the years in various parts of the country.

Kejriwal addressed the gathering in the presence of Twenty20 Party head Sabu Jacob.

The Election Commission of India has scheduled the by-election to the Thrikkakara assembly constituency for May 31. Votes will be counted on June 3.

Addressing a public gathering of Twenty20 Party and AAP Kerala volunteers in Kochi today, the Delhi Chief Minister said, “Now, there will be four political alliances in Kerala–LDF, UDF, NDA and the name of our alliance will be People’s Welfare Alliance.”

“Kerala is God’s own place. Such a beautiful place, such beautiful people! 10 years ago, nobody knew Arvind Kejriwal. Today, we have governments in Delhi and Punjab. This was all because of God. Now, who wants AAP to form government in Kerala?” he asked.

“When I fasted for 15 days, doctors said I won’t survive. But here I am. All because of God. Our newly formed party’s candidates including homemakers, students, and mobile repairers, defeated the sitting Chief Minister of Punjab and Delhi. All because of God,” the AAP national convenor said.

Kejriwal further mentioned that a poor labourer in Delhi gets over ₹15,000 as minimum wage that is the highest in India. “On top of that, labourers get quality healthcare, education, transport for women, electricity, water, everything for free. This is possible because of the honest AAP government,” he said.

He arrived at Cochin international airport near here on Saturday morning to loud cheers of his supporters. He is scheduled to address a public meeting organised by the apolitical outfit Twenty20 at the Kitex Garments Ground on Sunday.

This is the first visit of Kejriwal to Kerala after he won the Delhi assembly elections for the second consecutive term in 2020.