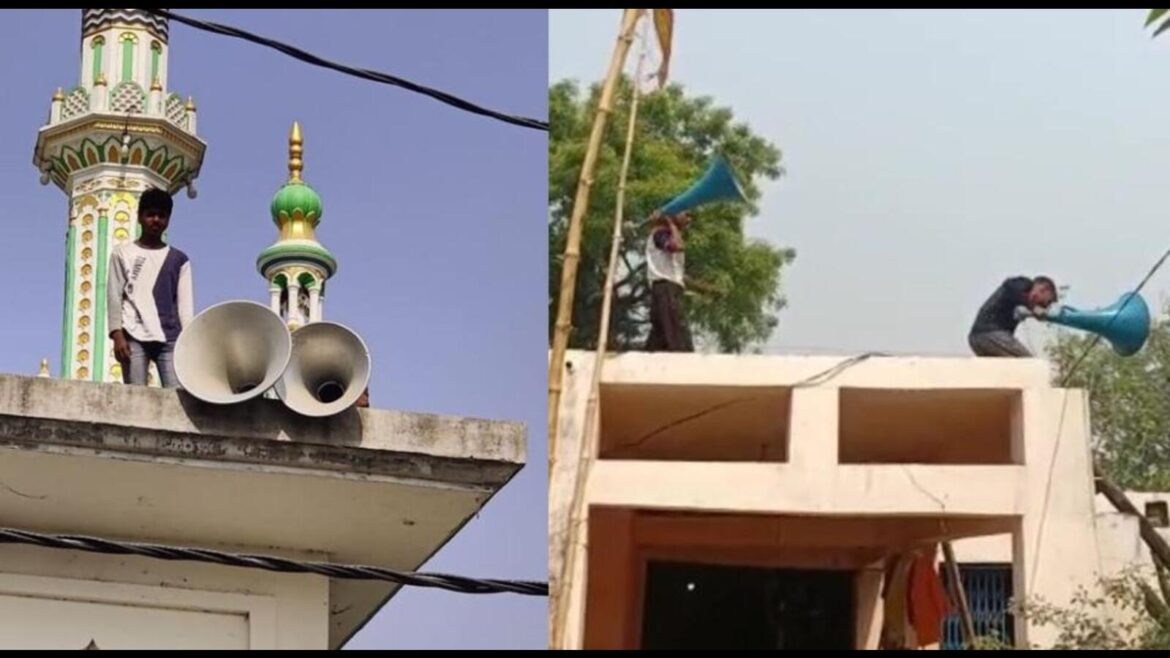 LUCKNOW: Over 6,000 loudspeakers in religious places have been removed and the volume of another 30,000 loudspeakers lowered to permissible levels across Uttar Pradesh over the last four days, a senior state police officer said on Wednesday. The action came days after the state government ordered all districts to comply with the UP Pollution Control Board norms on loudspeakers by April 30.

“A statewide drive is being undertaken to remove loudspeakers from religious places and set their volume within permissible limits. As part of this exercise, 6,031 loudspeakers were removed and the volume of 29,674 others was reduced to permissible limits so far,” said Prashant Kumar, additional director general (law and order).

During a law and order review meeting with senior officials last week, chief minister Yogi Adityanath said that everyone has the freedom to follow their method of worship but people should ensure that doing so did not disturb others. “Though microphones can be used, make sure the sound does not come out of any premises. Other people should not face any problem,” the chief minister told officials.

A home department official said religious leaders of both Hindu and Muslim communities in many districts had unanimously agreed to reduce the volume of loudspeakers.

On Wednesday, Shaktipeeth Devipatan Tulsipur Temple in Balrampur removed three out of four loudspeakers and reduced the volume of one to permissible limits. Temple Mahant Mithilesh Nath appealed to all religious leaders to follow the same.

In Gorakhpur, the Gorakhnath Temple trust lowered the volume of loudspeakers on the premises. Besides, the loudspeakers have been turned away from the roads, localities and public places near the temple. In Meerut, the volume of the loudspeaker was lowered at the Rajrajeshwari temple. The management at the historic Kali Paltan temple, also in Meerut, said it would do the same.

In Kanpur, the Mandir-Mutt coordination committee said it had voluntarily taken off loudspeakers from temples. And in Ayodhya, all prominent seers of the temple town extended their support to the state government’s initiative to keep a check on loudspeakers.

“We have directed all the mosques here to limit the sound of loudspeakers to ensure that it does not come out of the premises,” Maulana Khalid Rasheed Farangi Mahali, Imam, Eidgah, in Lucknow said after the chief minister’s directive. He said similar directives were issued to all Sunni mosques in the state capital.

Lucknow has around 700 mosques whereas there are around 40 Shia mosques.

The maximum number of 1,366 loudspeakers was removed in districts of Varanasi zone, followed by 1,215 in Meerut Zone, 1,070 in Bareilly Zone, 1,056 in Kanpur Zone, 912 in Lucknow Zone, 30 in Agra Zone. Two were removed in Gorakhpur Zone and one in Prayagraj Zone, said a senior police officer.