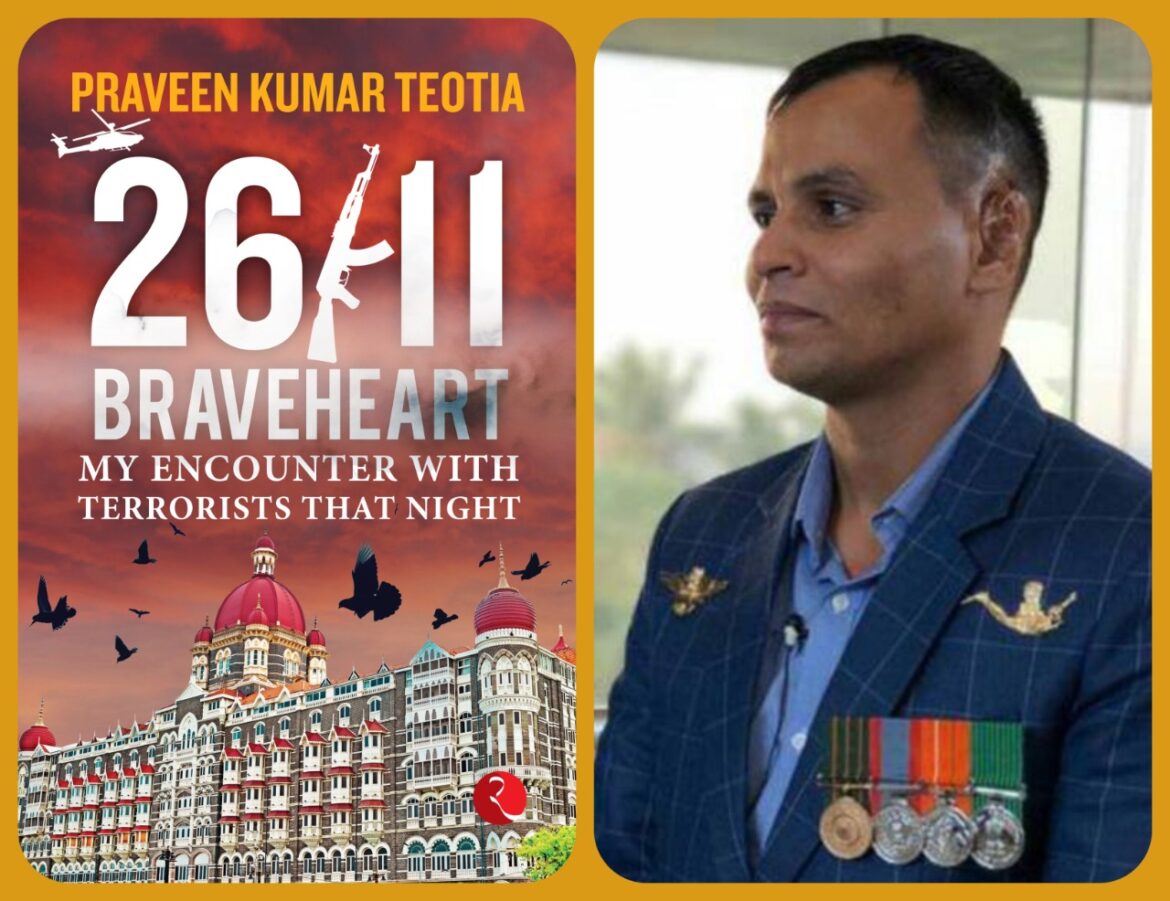 A Day Where it all Begins?

Tale of a Forgotten Warrior

It’s a true story of a man who hails from Bhatona Village, Buland Shahar Distt. In Western Uttar Pradesh. He was inspired to serve in forces since his childhood as it is a custom to join forces or police in his town. His brother becomes his motivation to become a soldier despite being rejected due to his short height. He made his path and joined the navy to serve his nation.

He joined Indian Navy on 31 July 2002. Later, when he got aware of Marcos in the Navy. He got motivated in joining the team Marcos and completed his course in January 2006. After two years of being with Marcos, he faced his destiny where he changed his course of life as well.

On 26 November 2008, when Mumbai got under attack by terrorists who entered from the sea route. He and his team were the first ones to come to Taj Hotel for a rescue operation. Despite inadequate weapons, they went for operation and succeeded in saving the civilian.

He would have been dead due to the negligence of printing the wrong blood group but destiny had decided something else for him. He survived with his will, strength, and his attitude to fight the adversary. He had saved 150 lives including the life of the Managing Director of Taj Group.

He was awarded Shaurya Chakra for his bravery. It is said that everything comes with its price. The one who wants to be on the field was deemed unfit for it. But this doesn’t stop him from moving in his life and bringing laurel to our country again. There was a time when he was treated brutally by an organization to whom he had brought pride.

It arises the question, what do you do to overcome it? When the doctor declared him unfit and told him to lose weight. He started his journey by becoming fit in the eyes of the same doctor. He got inspired and participated in the marathon.

What was added to your Vocabulary?

1.      Inundated- to give or send somebody so many things that he/she can not deal with them all.

2.     Secessionist- A person who favors formal withdrawal from membership of a federation or body especially or political state.

3.     Ensconced- establish or settle (someone) in a comfortable, safe place.

7.     Ostensibly- as appear or is stated to be true, though not necessarily so, apparently.

8.     Caliphate- the rule or reign of a caliph or chief Muslim ruler.

What I liked and learned

I don’t know about the struggle which he had faced. This book has given a new dimension to the organization where it represents that no organization is perfect. You will find certain negative elements everywhere. But what I learn from his journey was the dedication he had, his courage, strength, strong will, and patience to bear the weight of struggle his life has given since the start.

He showed despite being having shortcomings if you have a will and dedication you could overcome any hurdle. His story had told the reality of the previous government and its negligence. How they have neglected their duty toward the people who serve us and our nation.

What made me curious or made me retrospect was the attitude of the doctor why did he say those lines despite knowing his condition. Whether he said it to motivate him or it was to make him feel low. I don’t know what is right or wrong. But I do know that if the doctor hadn’t pushed him. We wouldn’t have known his story. I would recommend this book to be read by everyone to get inspired and find the actual meaning of the lines-

His lines are engraved in my heart-

“I will lead you to the safety. Just show me the way. Bullet will pass me first before it could reach you.”

Below is the link for the book-

Very informative & very inspirational , thanks for sharing such a wonderful story

Amazing and to the point.
Very well briefed by my dearest friend Ila.
Must read guys
Jai Hind 🤜🤛

Really good article, good knowledge and research. Shat shat Naman to all the Army veterans and soilders who are still in army, Thank you Ila for your work, all the very best 🇮🇳🇮🇳🇮🇳🇮🇳🇮🇳