11, including children, electrocuted in temple chariot procession in Tamil Nadu 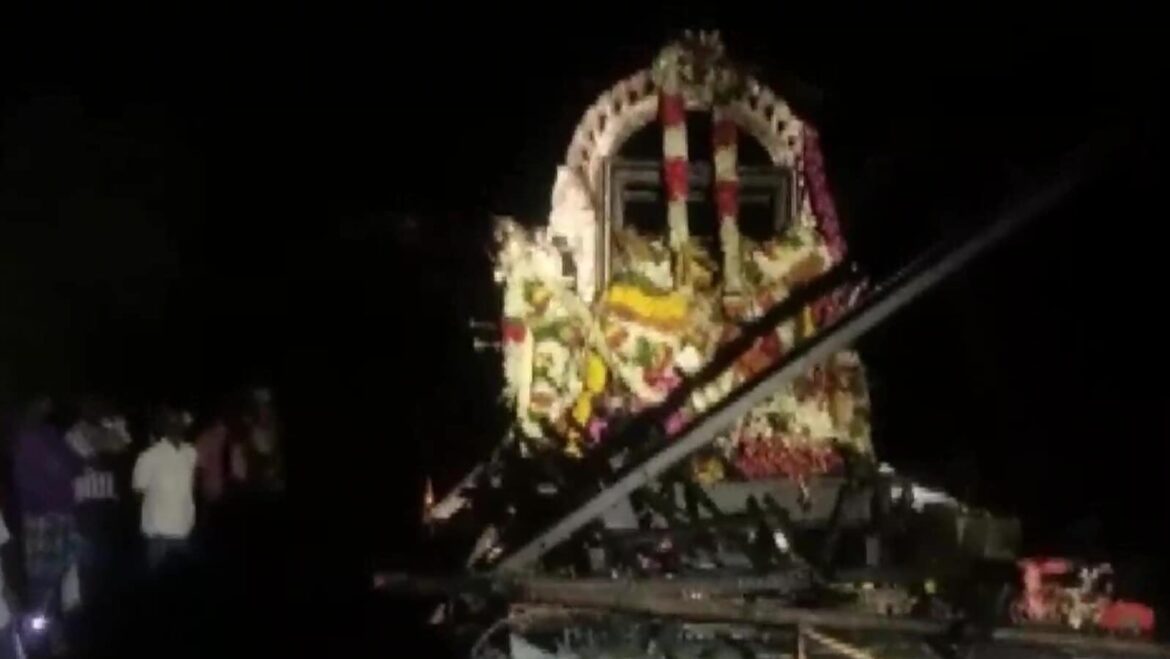 The incident occurred early Wednesday at nearby Kalimedu village when the car was negotiating to turn. People standing on the chariot were thrown in the impact and electrocuted.

As many as 11 persons, including children, died from electrocution during a temple chariot procession in Tamil Nadu’s Thanjavur district when it came into contact with a high tension transmission line, police said Wednesday. At least 15 others have been injured in the incident.

The incident occurred in the wee hours of Wednesday at nearby Kalimedu village when the Appar temple chariot procession was being carried out.

According to reports, the temple car was at a bending, trying to turn when it faced some obstacle and reversed. While reversing, the chariot came in contact with the overhead line and went up in flames, police and eyewitnesses said.

Those who had suffered injuries have been admitted to the Thanjavur Medical College, police said. The procession was a part of the annual chariot festival in Tamil Nadu.